“Absolute unity of evening”: A vocational anniversary of mine

Six years ago today, I went to Pepperdine for a job interview. It was my first time on campus and I remember it distinctly. I met some of my current colleagues during the first two interviews, both of which were held in a room that I’ve walked by all the time since then yet, oddly enough, have never entered again. I had lunch with two faculty, and we sat outside of the cafeteria and looked at the beautiful ocean in the distance. 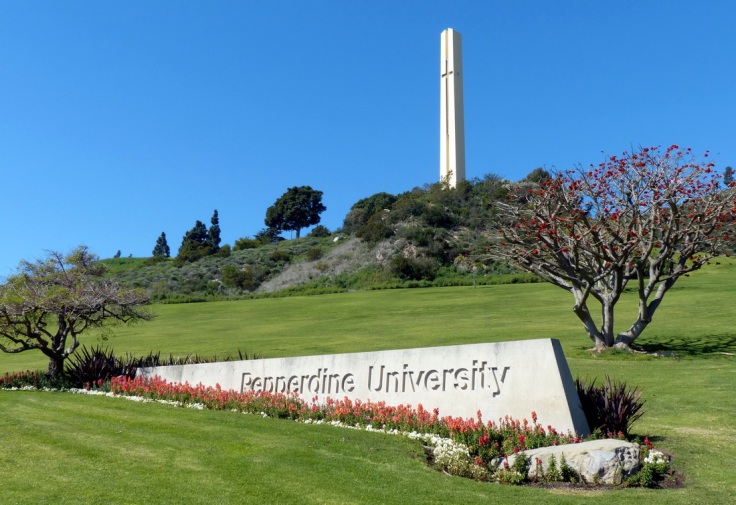 In the afternoon I went to the administrative building for the second round of interviews. Upon entering the Dean’s office, I was stunned by the gorgeous ocean view from the window. Even though I saw the ocean throughout the morning, this scene looked like a large digital mural painting and it felt as if you could almost touch the water. At another meeting, an associate dean told me she too loved a certain novel mentioned in my application: an understatement on her part because I learned later that she’s a specialist on its author. My host faculty, who was instrumental in organizing the interviews, also took me to club convo held in the library, which was pretty quiet since it was a Wednesday and there wasn’t yet a Starbucks. Just before entering the room, another faculty stopped and told us that there was a new pope, an Argentinian and a Jesuit.

All in all it was a lovely day, and I received the offer for a visiting position in the following week. I informed my dissertation advisor, who had been thoroughly conscientious with reference letters on my behalf. A few days before the interviews, he also emailed me a very nice pointer. He must have been relieved that his problem advisee obtained a full-time position at last, and he was happy when I came back to Notre Dame two weeks later for my defense.

During this past spring break, I began putting together materials for my tenure dossier. The deadline isn’t for another six months, but I was smarting from my underestimation of how much time it took to put together the pre-tenure package over two years ago. There are, of course, many more things this time, and I will have to add them gradually in the next few months. The pressure of tenure is real and fearsome. Some time ago, a Vietnam Studies colleague in the Ivy League described himself in passing and perhaps half-humorously as “a terrified and over-committed junior scholar trying to get tenure.” I think it applies to many of us at lesser institutions as well. We can spend all day debating the merits and debits of pressure in academia, or which types of pressure are better or worse than others. But I think pressure is necessary for success, especially in a society with a stupefying amount of distraction.

Tenure preparation happens to coincide with a transition of sorts. I turned a certain age not long ago. (“Thirty?”, asked a student when I said in his class that I was close to one of those big birthdays. “Exactly, Aiden, exactly,” I said while pointing a finger in his direction for emphasis.)  In the last four months, I changed car, eyewear, hairdo, all of which I had for ten years or longer. In August, a new president will lead my university and a new dean will lead my division. These examples are only the most obvious, and the symbolism of transition is inescapable. There were goals and challenges that I set out to pursue during the last six years, and I think I’ve reached many of them. I now hope to reach some of the new goals in the next phase.

The best part about the last six years is that I experienced a zenith of unity in work and life that surpassed even the previous peak, which was my first four or five years in the L’Arche Seattle community. I’ve long loved Auden’s poem “1929,” which is about his nine months in Berlin that culminated in a profound experience of “so absolute unity of evening”: a cosmic unity of peace and self-forgiveness. The unity I’ve experienced is different, but it is just as satisfying, if not more.

On organicism, I am still slightly amazed by how organic the last six years have been, as if all of previous and varied experiences had prepared me for them. From grading to dancing, from conference-going to cooking, from service to marriage: they somehow cohered into one piece. There are many examples that I have trouble choosing one. So, I borrow one from a peer at another SLAC instead. Since her husband is also an academic, they used to take their kids to conferences that either or both of them attended, and made family vacations out of those trips. With some inventiveness, it isn’t either/or regarding life and work but, instead, it becomes both/and.

Will the next phase be both/and? We shall see. But I’ve a suspicion that there won’t be any more dancing videos, staged or goofy portraits, and some other things that were, oddly enough, rather integral to the last six years. They will be replaced by other things that are integral to the new goals. I don’t know what those things will be, but, if the past were any guide, I think that they will grow organically out of the experience between March 13, 2013 and March 13, 2019. 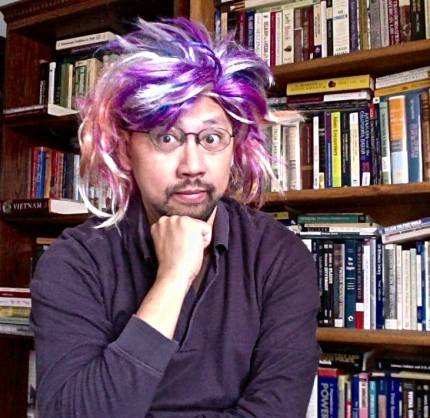 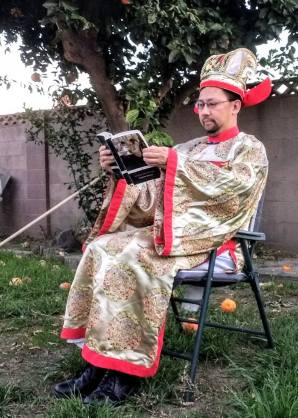