My first and only time at the AHA 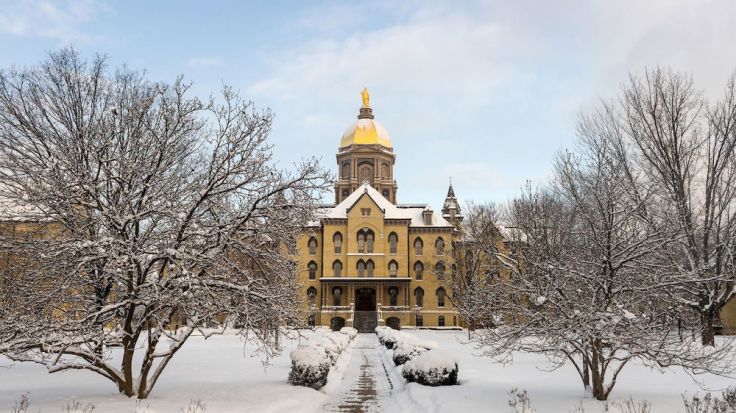 Although I am a historian, I have been to the American Historical Association, the largest organization (by far) of my field, exactly once: January 2007 in Atlanta. I was ABD at the time, but I didn’t go to Atlanta for a panel or a job interview. Rather, Jim Turner, who was serving a one-year term as chair of the history department, added a graduate student to each search committee. I don’t know if my former department maintained this practice, but Jim said it was standard at University of Michigan, his employer before Notre Dame. There were two searches that year: an Americanist search and, for the first time ever, a South Asianist search. Tim Gloege was asked to serve in the first search and I in the second.

I suppose I was the natural choice for the second search for the reason that I had done comps primarily in U.S. history but was working on Vietnamese history for the dissertation. In other words, I was the only graduate student in residence working on a subfield in Asian history. I didn’t know much about South Asian history–and still don’t. But none of the faculty in the committee did either: French historian Tom Kselman, Russianist Alex Martin, and Chinese historian and committee chair Dian Murray. (Dian was also a member of my dissertation committee.) Pretty quickly, and mostly from these three faculty search members, I learned that a successful search depends much less on specialization than it does on experience, intuition, communication, division of labor, ability to work well together, and one or two other things.

On that note, I remember that at the onset of the search, Dian was very determined to make it a successful search. “These searches are expensive,” she said, and she might have added that they are time-consuming too. Unsuccessful searches didn’t happen often, but they happened. During my first years in grad school, for example, there was a search for a different field that ended in deadlock . In any event, I learned my first lesson early on. It’s good to have the academic equivalent of the political will during a search, for it translates flexibility and compromise so to avoid deadlock and achieve the desired outcome of filling a position.

Like other members of the search, I read many applications and files during the fall semester. In retrospect, it is a surprise that there weren’t more applications. If memory serves, there were a little over seventy applications, which are large yet relatively small in comparison to some of the searches, especially in American history, that yielded 150 or more applications. The first number probably reflects the smaller size of the South Asian field at the time. It was certainly smaller than the field of Chinese history. There were some assistant professors among the applicants, but the majority were fresh PhDs or ABDs.

Because writing samples were required of each application, I read many dissertations chapters, a few full dissertations, and even one or two published monographs. Not surprisingly, the Partition figured large in many of these writings while most of the rest was about India under colonialism. There were also a few samples on pre-colonial Indian history and on religious topics from applicants trained in religion departments. It was the only period of my academic life so far that I read that much about the history of India and, to a lesser degree, Bangladesh.

I don’t have data to compare, but I have a hunch that in the last twenty years, 2006-2007 was among the best years for South Asianists to be on the job market. Even before we decided on about a dozen candidates to invite to interviews at the AHA, one applicant emailed to notify that she had accepted a position at an Ivy League university. There was at least one other applicant who would have made the AHA round but also took a position late in the fall semester. In the end, Dian scheduled a dozen applicants for interviews over two full days in Atlanta.

The AHA finally arrived and gave me a chance to get away from cold Indiana for a few days. During the short flight from South Bend to Detroit, I happened to sit next to Sophie White, a faculty in American Studies. She, too, was serving in a search committee for her department. I remember chatting with her about her work and her British origin, among other things.

Interest on academic conferences, even the largest ones like the annual AHA, is usually confined to attendants. The AHA meeting in 2007, however, made national news because of the arrest of the historian Felipe Fernandez-Arnesto for, I kid you not, jaywalking. A faculty at Tufts University at that time, Fernandez-Arnesto was already well known among historians for his scholarship on world history and among general readers for several popular global histories. In a twist of sorts, he joined Notre Dame two years later. The Spaniard-British historian made a deal with Notre Dame to spend the fall semester in South Bend and the spring at Notre Dame’s London Program. (I attended his job talk, a brilliant presentation on linguistic construction among a group of people in the Caribbean.)

In downtown Atlanta, I roomed with fellow graduate student Angel Cortes, who was starting to look into the job market. I brought jackets, dress pants, and dress shoes but, stupidly, not a tie. Thanks to Angel, who loaned me one of his ties. Another lesson, but I bet you already knew it.

Service as a search committee member at the AHA was expectedly very busy.  I don’t remember seeing much of downtown at all. I did come to the Notre Dame reception on one of the evenings. On the last day of the conference, when all interviews and meetings were over, Tom Kselman and I attended a panel on French Catholicism. This panel was organized around an important book on republican ideas of French colonialism by Alice Conklin (Ohio State University), who was invited to chair it. One of the presenters was Charles Keith, then in graduate school at Yale, who gave a paper on Indochina. Still,  a lot of the time was spent in the suite that Dian booked for the interviews. I was completely impressed by the look of that suite when I first came in. I could see for myself what Dian had meant by “these searches are expensive.”

In the end, the search was successful. We made recommendation of three finalists to the faculty and brought them to campus. The faculty deliberated and voted on the order of offers. (I think the final vote was the only thing that graduate search members didn’t participate.) The search brought to my former department not only its first South Asianist but also the first person to teach a course on world history at Notre Dame. A native of India, he was already a very active researcher and, apparently, a terrific teacher known known for responding to student emails very quickly. In fact, he was one of the reasons that I acquired the habit of prompt email responses. Six or seven years later, he went back to India to lead a historical institute. From the department’s website, I saw that there is another South Asianist among the faculty.

Because of the Internet, service on search committees has changed somewhat since 2007. There have been fewer searches, especially in the years immediately following the 2008 crash even though it seems there are same number candidates on the market each year. Many search committees are forced to cut cost and, instead of the AHA, they conduct interviews over Skype, Zoom, or Facetime. Worst of all, a small number of liberal arts institutions have merged or declared bankruptcy or shut their doors permanently.

Still, there are at least some searches each year even in history and other disciplines from the humanities. I am serving in one such committee this year, my first since that search in graduate school. It is different in many ways from my involvement in 2006-2007. Yet there is no doubt that that experience helped to train me towards being a well-rounded academic down the road. Hats off to my former department, to the faculty members of that search committee, and to Jim Turner for instituting the addition of graduate students!